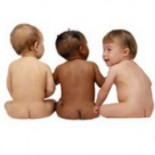 Educating the Cabbie at Genital Integrity Awareness Week in D.C. on March 29, 2014

Intactivists at the White House

the White House. Very simply, I started the convo asking him what were his thoughts on circumcision. His response was confused: “I don’t know. I’ve seen the protests, but I do not know what to think”. (Score 1 for intactivists and Bloodstained Men and Women bringing information to D.C.)

He was an African American man, with one son, aged five, circumcised. He was in disbelief over the information we gave him, and thanked us profusely. He told us he was going to go and tell everyone….

We are like evangelists. It is important to go out and preach the word, spread the information, and teach others to do likewise. He for sure is going to talk about it with all his family and friends, and if his son ever has a son, he will make sure that his boy knows that circumcision is NOT necessary.

His exact words were: “Thank you so much for educating me. Nobody ever educated me before.”

This entry was posted on April 9, 2014 by circumcisionresources in Daily Intactivism.